If only they'd heard of Walk My Dog!

More than 2.6 million dogs are left home alone every day of the working week according to a recent study of 2,000 dog owners.

Gocompare.com has found that one in four of the UK dog population are home alone while their owners are busy at work. And overworked dog owners are often too busy to offer their pet attention upon their return from the office; as many as half of dog owners surveyed admit to setting their pets out into the garden of an evening rather than taking them out for a good walk and four out of ten owners admit they don't bother walking their dog at all if they’ve had a long day at work. These neglected animals get far less stimulation and exercise than needed. 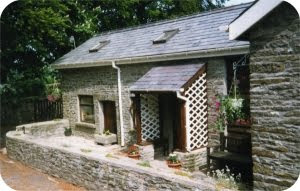 Going on holiday as a family is never the same without your family pet. If you are planning your holiday – why don’t you take your pet with you? After all, doesn’t your best friend deserve to come along too? If you want to take your dog – or even your cat on holiday with you, there are plenty of places around Britain that offer pet friendly environment. There are dog friendly and cat friendly holidays in cottages, guesthouses and hotels. Of course campsites and caravan parks are often a popular choice with pet owners.

How To Train Your Dog

by Walk My Dog - The Dog Walking and Pet Sitting Company

1. Introduction
2. Chose the right collar
3. In the lead
4. Learn to use the equipment properly
5. Older puppies and adult dogs
6. Puppies and submissive dogs

Puppy walking again this week. This one has spring-loaded paws so every step is an exuberant leap. She is Zebedee from the Magic Roundabout in dog form, when we reach a patch of grass larger than a postage stamp she dashes around me in concentric circles, growing bigger and bigger as I spin round with her trying to maintain some semblance of control over her direction and containing my dizziness.

And the winner is.... the husky 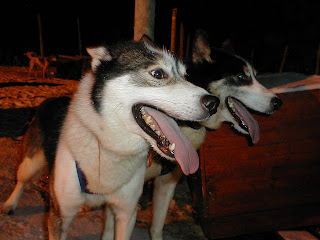 13 is a lucky number for dogs if they are pulling a Mackey in their sled. First Rick, then Dick and now Lance have won the legendary Iditarod, the Alaskan marathon for huskies. The family winners all took bib number 13 and won the event on their sixth race. As far as dog races go (and this one is 1,770km) the Iditarod takes the dog biscuit, lasting anything from nine to fifteen days. This year's sled contest took Lance Mackey nine days, five hours and eight minutes. And not content with simply one win this year, he's also the first musher to win both the Iditarod and the Yukon Quest in the same year.

I have just uploaded the Gorky's song Poodle rockin' to my mobile, so whenever my dog phone rings I am treated to a cacophony of tuneful barking. Better than what I had before - the theme to Dog Tanian and the Three Muskahounds.

I have a new client, a poodle. She is very cute, and sports a fun-sized black perm, a little shaggy, which her owner informs me is the 'puppy cut.' Ahh. She is a bouncy eight months old. I like when the dogs are happy in their hair. I was walking a dog the other weekend who had just been for the snip (I mean a hair cut) and seemed all the chirpier for it. More mobile, and far lighter, he scampered around with a new lease of life.
In America, the poodle became so unpopular in the 1920s it almost died out - can you imagine a poodle-parlour free world? Yet the poodle was originally a tough, butch breed, a water dog renowned for its duck hunting skills, without a bow in sight. The name is from the German for puddle (pfudel), and those little puffs of fancily trimmed fur at ankle and tail, as well as the No. 1 close shave on the upper thighs were first of all practical - designed for protection and mobility when hunting and swimming.